The historian Kurt Danzinger once wrote ...

For most persons the prevailing discursive system becomes inescapable and motives, attitudes, intelligence and so on are the forms in which they experience their own subjectivity.

Try not to think of understanding as a 'mental process' at all. For that is the expression which confuses you.

The postmodernist Fred Newman then suggests ...

[We] hope to adapt people not to a sick society but to the subjectivity of history. And this adaptation is not to something other than ourselves for we are 'the other than ourselves.' This radical denial of objectivity (and all the classificatory/descriptive gobbledygook that goes with it) places both the burden and the joy of human development where it belongs -- on us as revolutionary activists.

Try creating something (a new emotion, a new way of thinking, a new dance move) right now with someone else ... try something, anything ... and let me know how it goes, ok?

Omar H. Ali is a political historian who has appeared on CNN, PBS, and NPR. A graduate of the London School of Economics and Political Science, he received his Ph.D. in History from Columbia University. Dr. Ali is a professor and dean at the University of North Carolina at Greensboro, and the author of In the Balance of Power, named a "landmark work" by The National Political Science Review. He and his family live in Greensboro, North Carolina.

Jacqueline Salit, a veteran of the independent movement, is president of IndependentVoting.org. She launched The Neo-Independent in the Spring of 2004. A prominent leader in the fight for open primaries, she conducts regular national conference calls with over 150 grassroots independent leaders from around the country. An independent political strategist and journalist, she has appeared as a commentator on CNN, Fox News, and MSNBC. She produced the documentary "How the Independent Movement Went Left By Going Right" and is the author of Independents Rising: Outsider Movements, Third Parties, and the Struggle for a Post-Partisan America. Salit lives in New York City. 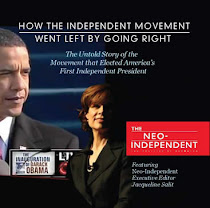 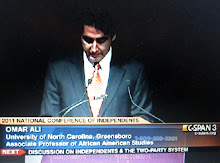